No one is insusceptible to wedding day disasters or mishaps. Not celebrities or even royalty. Here are just a few real-life celebrity wedding disasters, from food poisoning and freak weather to saying the wrong name (awkward).

When the dress is too hot to handle

When Dancing With The Stars pro Kim Johnson took to the aisle to marry her fellow dance partner and Shark Tank judge, Robert Herjavec, she almost went up in flames, literally. As romantic and beautiful as it is to have a candle-lined aisle, it’s probably not the most practical idea. Kim’s Monique Lhuillier gown accidently glided over one of the flames and caught alight. Luckily for her quick thinking man of honour who managed to stomp it out with his foot before any real damage could be done.

Kim isn’t the only celebrity who has suffered a mishap with her dress on the big day. Former Gossip Girl and The Shallows actress, Blake Lively, who is married to Dead Pool superhero Ryan Reynolds, was watching Florence Welch perform at her reception and enjoying it so much until she noticed a sparkler had left a nasty burn mark on her dress.

In both cases, wedding insurance would cover the cost of repairing or replacing the dress so any singed hems would be a distant memory.

It was one of the most awkward yet iconic TV moments when Ross said ‘Rachel’ instead of ‘Emily’ at the alter. Viewers felt both Rachel’s embarrassment and Emily’s humiliation. However, saying the wrong name doesn’t just happen in Friends. When singer Jessica Simpson took to the aisle with her beau, former American footballer, Eric Johnson, she said her own name instead of his during their nuptials. Like a pro, though, she shrugged it off and started over.

When it comes to names, even royalty can get it wrong. The late Princess Diana famously misspoke during her vows and said her husband to be’s full name, Charles, in the wrong order. Instead of “Charles Philip Arthur George,” she said “Philip Charles Arthur George.

Unfortunately, even with wedding insurance in place, it can’t prevent you from saying the wrong name.

Many couples dream of having an exotic wedding abroad but I Know What You Did Last Summer and Scooby-Doo co-stars Sarah Michelle Gellar and Freddie Prinze Jr could not have dreamed that their wedding day would be hit by not one but two natural disasters. With the arrival of Hurricane Hernan, the couple had to move their wedding to an indoor venue to shelter from the storm. Then later, if that wasn’t enough, an earthquake hit the same area but luckily guests had already left.

American model and Lip Sync hostess, Chrissy Teigen, and singer, John Legend’s, wedding incurred a slight delay due to bad weather. However the storm wasn’t happening in Lake Como, Italy where they were getting married, it was happening in the state of Ohio more than 4,000 miles away. Flights due to transport some of John’s relatives to the wedding venue were delayed as a result. Their cocktail hour went on for a whopping four hours whilst they waited for his relatives to arrive and join them for the celebrations.

Fortunately, whilst neither of these weddings got cancelled, wedding insurance would have covered the cost had it come to the worse. As Sarah and Freddie proved, though, having a backup plan is always a good idea but not everyone can afford to have a second venue on standby.

In sickness and in health

Seth Meyers, comedian and host of NBC’s Late Night with Seth Meyers, almost had a situation on his hands when his soon to be wife and human rights lawyer, Alexi Ashe, fell ill with food poisoning after eating oysters less than two days before the wedding. She was actually still in hospital on the morning of the big day being told by her doctor that she wasn’t going to get married that day. Alexi defied her doctor and went ahead with the wedding anyway.

Former Fraser actress, Jane Leeves, was actually sick with the flu on her wedding day to former TV executive Marshall Coben. But rather than letting that stand in the way, she insisted that the show must go on.

Both women should be commended for soldiering on but in the event that they weren’t well enough to walk down the aisle, wedding insurance would cover the cost of postponement and also rescheduling of the day to one when the bride was feeling well again. 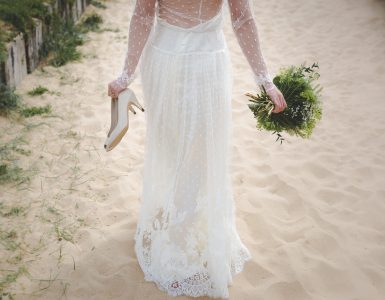 7 Key Things To Consider For An Outdoor Wedding

Outdoor weddings can be beautiful with the added benefit of using the natural surrounds as your ‘decor’ (you could possibly save money by spending less on sprucing up the venue) but there are a number of key things to consider before you decide to... 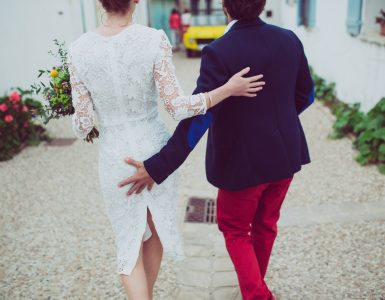 When it comes to wedding etiquette, there are many ‘rules’ that tradition has created and passed down over the years. Along with what today’s society deems is acceptable and what is a complete no-no, it seems that EVERYONE has an opinion. We unveil... 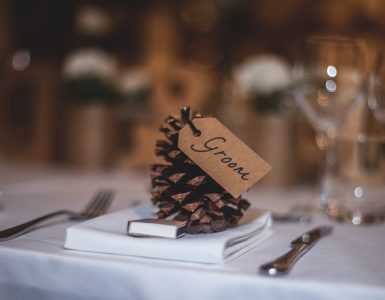 18 Ideas and Inspiration For The Ultimate Winter Wedding

Thinking about braving the cold and going all out for that crisp, winter wedding? You are not alone. Whilst spring and summer are the more coveted time of year to get hitched, many couples prefer a fall or winter wedding, be it ethereal and romantic...